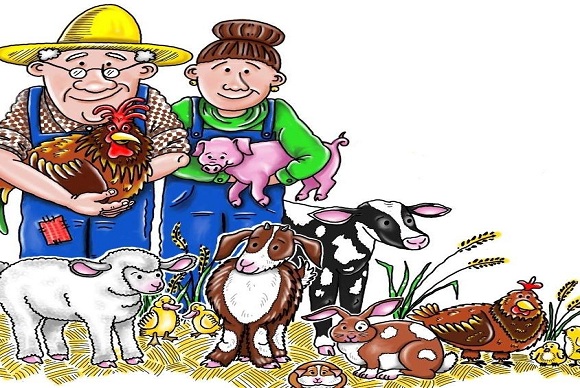 The Aussie spirit of lending a hand comes to life with a unique travelling farm franchise – Old Macdonald’s Travelling Farms.

Old Macdonald’s Travelling Farms has been present at a range of events with social purpose. This has become a tradition for the franchise since its inception.

Eden Exchange recently spoke to Ann Richardson, of Old Macdonald’s Travelling Farms based in Brisbane, about the origins of the business. Ann recalls, “I initially came from London. I had no contact with animals ever until I married my husband Terry (a farmer) and moved to the country. My husband was involved in a family business which included chicken breeding and eggs, we had sheep on the farm. We were the initial breeders of baby calves on nursettes in England (Automatic feeding).”

After 8 years in the business, Ann and her husband, came to Australia (NSW), with a young family. Ann continues, “We moved from NSW to Brisbane in 1973. Over the years we visited the RNA (Royal National Agricultural show) with the children but hated to see the animals in cages. As the last of our children became independent and we were looking for something different to do, we went to QIDC (Queensland Industry Development Corporation) to discuss the possibility of taking animals into schools.”

By August 1989, everything was organised and Ann and her husband with their youngest son Scott visited their first school in Windsor, Brisbane. They had on the same property, the main primary school, disability school & preschool. Ann recalls, “We had a video taken of the sessions, which we still use for advertising today.” (click here to visit their website)

Over the years Ann has grown to love the industry they promote and the benefits it can bring to everyone.

While Old Macdonald’s Travelling Farms has gained exposure and recognition through TV spots on Harry’s Practice to guest appearances at Movie World and community shows like Claremont Town Christmas Party and the Alexandra Zoo in Bundaberg, according to Ann, the driving force behind the business is the animals, “They help children learn respect and responsibility and provide joy to the elderly and the sick or disabled. People don’t have enough exposure to animals anymore, you rarely see household pets and children playing with domesticated animals… it’s a real shame.”

Ann spoke of the hundreds of schools they have all visited, where they have helped children of all ages overcome a fear of animals. These are meaningful experiences for children, who can learn that there is no need to be afraid of those that are ‘different’ or ‘strange’. 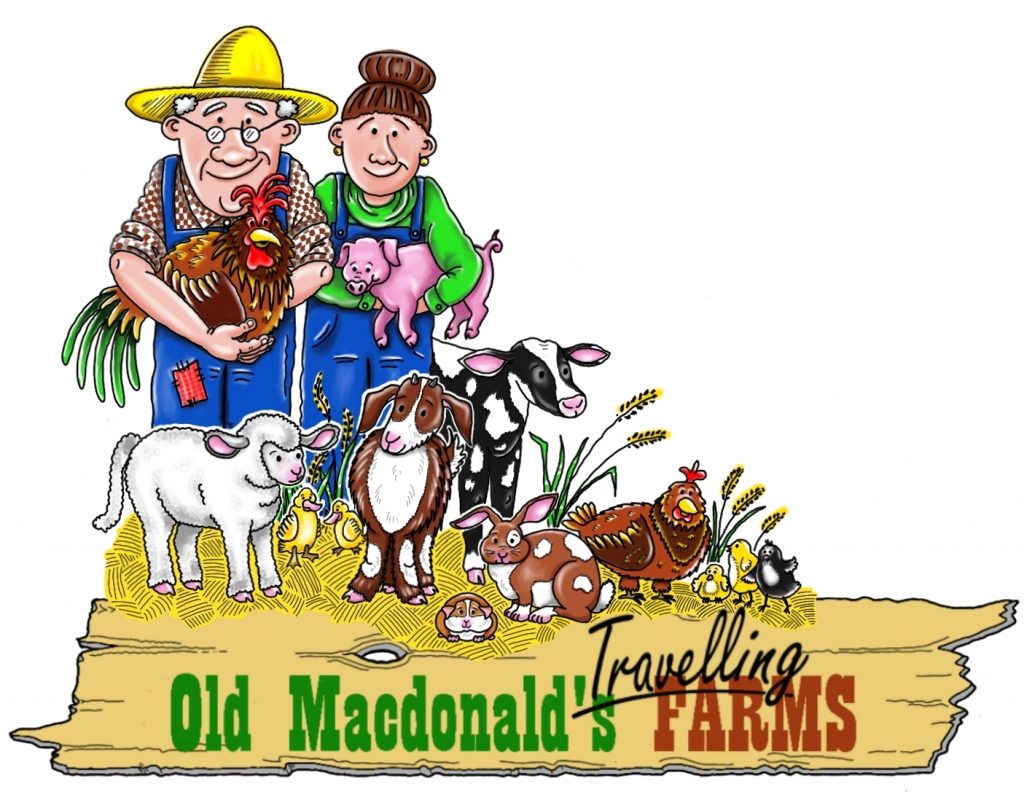 There have also been moments where regular visits have brought smiles to octogenarian’s faces, as they cuddle and pet the farm animals, some have even been brought to tears of joy. Old Macdonald’s Travelling Farms visits numerous nursing homes. These have included facilities such as Tricare kawana Waters Sunshine Coast and Mercy Aged Care Boondall QLD.

Old Macdonald’s Travelling Farms established a hands-on experience at The Royal Sydney Show, which they attended for seven successful years. Ann and her franchisees provide education and insights into the farming life as children and their parents line up one by one to feed and play with the animals. Ann recalls, “It wasn’t always like it is now, we had a lot to learn in the beginning such as how not to overfeed the animals at events and how to ensure the children handled the animals correctly. We have come along way and are very proud of what we have achieved”.

A Socially Responsible Franchise Actively Involved in Uplifting the Community

Recent events the franchise has contributed to are; Disability Camp in Mackay, The March for Melanoma, The JDRF One Walk For Diabetes and The Big Pram Walk, just to name a few. Ann is proud that the business she has pioneered (with her husband Terry) is in a position to help those in need. According to Ann, “We are a program for communities. Our communities are our livelihood. How can we provide joy and education to communities without participating with them?”.

Ann and The Old Macdonald’s Farm team have been actively contributing to reliefs across the country and contributed to many charities and fundraisers. Appearing for flood, drought and farming relief, Old Macdonald’s have done what many Aussies feel lies close to their hearts. Eden Exchange were inspired to hear that one Old Macdonald’s Travelling Farms franchisee donated 20% of their earnings for every charity and fundraiser they attended for farm relief. “After all they (we) still need to feed the animals,” Ann Richardson clarifies. 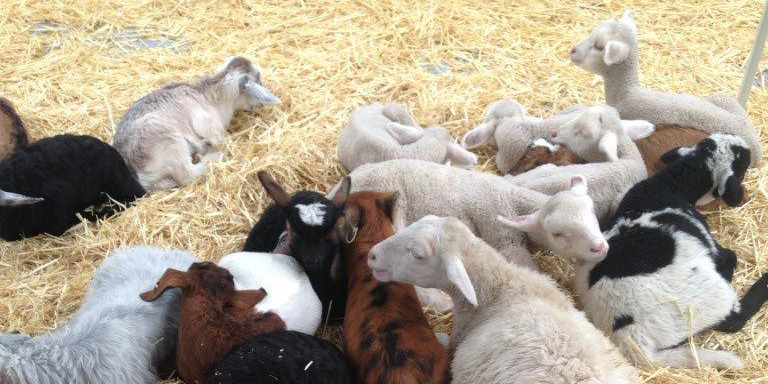 Franchisees donate extra time for good causes when they find they have the time, “Though not as often as we would like, we do have a business to run after all,” says Ann Richardson.

Old Macdonald’s Travelling Farms are popular all year round. While they love to be involved where they can, they’ve had to miss events across the country which occurred during a busy season. According to Ann Richardson, “Some seasons fill up months in advance and we just can’t fit them (charity events) in with our existing commitments, hopefully this will change with future franchisees in some areas”.

Notable events Old Macdonald’s Travelling Farms have contributed to include the Hornery group 4 U 2 concert, held annually in Moranbah QLD, which raises funds for two vital medical programs, the RBWH Foundation and the RACQ CQ Rescue Helicopter, while also raising awareness of cancer and its sufferings. Also of note are The Kulin Bush Races for the farming relief and flying Doctor service, Kununoppin District Hospital Fete in Bencubbin, as well as the Christmas Lights event in Perth which provides vital funding for the Perth Children’s Hospital.

The Eden Exchange team were not surprised to hear that Old Macdonald’s Travelling Farms was nominated and won the Best Fete Company category in The Fundraising Directories Awards 2018, as well as winning the category People’s Choice Awards 2018.

Well done Ann and the Old Macdonald’s’ franchising team, it is a well deserved honour and we hope to see your business continue to bring joy and meaningful experiences with your baby farm animals.

Old Macdonald’s Travelling Farms, (Est. as a Franchise Business in 1991), operates throughout Australia ‘ bringing the bush to the City every day with excitement and education for the young, and nostalgia for the not so young!’ We provide a friendly and professional service, together with healthy and clean animals, a features which has been a strength of the business over the 25 years.

The variety of animals we bring may vary depending on the season, some of the cuddly animals may include, kids, lambs, calf, alpaca, piglet, chickens, chicks, ducks, guinea pigs and rabbits, (where allowed). Old Macdonald’s Travelling Farms take pride in presenting beautiful, clean, friendly unstressed animals. They are bathed regularly, vaccinated, wormed, and are groomed before an event. During a visit you will experience hand feeding and bottle feeding (please enquire for more details). Everyone can brush, pat and cuddle our babies. 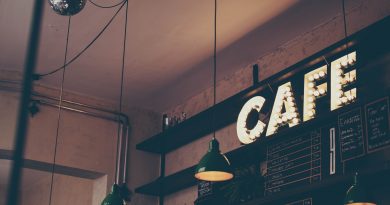 Beans Republique: a cafe concept tailor made for a Melbourne audience 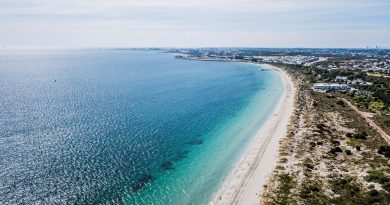