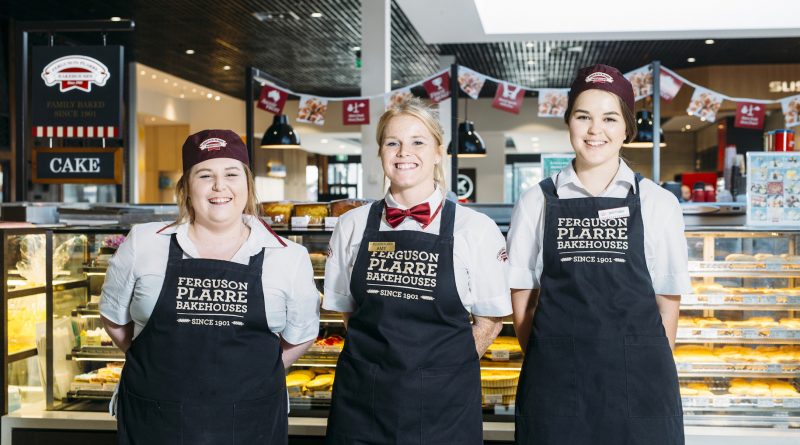 Whether it be through their family-focused business model, dedication to giving back to the community or a slew of award-winning sustainability projects, Ferguson Plarre Bakehouses has earned a reputation as the franchise that cares. Their latest mission carries on this legacy as Ferguson Plarre Bakehouses has pledged to raise $100,000 for the Salvation Army by the end of 2019.

Over the Easter period Ferguson Plarre launched a campaign to push them closer to their lofty goal by donating $1 from every 6-pack of their famed hot cross buns to the Salvation Army’s Project 614 and encouraging the people of Victoria to host as many Hot Cross Morning Teas as they could muster. Steve Plarre, the CEO himself, could be regularly seen on the streets of Melbourne strumming his guitar and singing songs of hot cross buns to the people in a bid to boost sales and awareness of the project.

In early April, Ferguson Plarre had announced that they’d succeeded in raising over $30,000, and that number is continuing to climb. There are more campaigns set to be released throughout the year, with Ferguson Plarre devising a variety of ways to continue raising donations for the Salvation Army through the sales of their much-loved products. In fact, to celebrate National Donut week, from June 3rd to 9th, Ferguson Plarre will be donating 50 cents from the sale of every donut sold in store and online to the Salvation Army.

Ferguson Plarre Bakehouses has built their business around the importance of family since their founding in 1901. It is a business model driven by care: care for the customer, care for the product, and care for the employees. In an interview with Eden Exchange, Steve Plarre said of his family-owned and run business, “We are attached to this brand, we are building it for the next generation, which means we are in for the long haul.”

This care certainly extends to the franchisees that become a part of Fergusson Plarre’s self-proclaimed ‘franchise family’. In the 2018 Top Franchise awards, Ferguson Plarre Bakehouses maintained their #3 spot (#1 amongst the food franchises) while also scoring highly in the Brand, Expansion, Marketing and Support categories. These awards are based on anonymous feedback from franchisees, and it is clear that praise from Ferguson Plarre’s franchise family are not in short supply.

Todd Agius is a multi-award winning franchisee at Craigieburn Central and has been with Ferguson Plarre Bakehouses for over 17 years. “They really are at your disposal; great people, care about their job, care about their business, care about the franchisees,” Todd recently said in an interview with Eden Exchange. “I’ve been able to contact any of these people at any given time and they’ve been great in the support and taking my call and discussing things on a personal level.”

Ferguson Plarre Bakehouses has always been and still is a family owned and operated business that first opened its doors back in 1901. They have a long & proud history dating back to the 1800’s, with both Ferguson and Plarre families establishing themselves in Australia almost 120 years ago.

In 2019, Ferguson Plarre Bakehouses are still just as famous for their desserts, birthday, wedding cakes, award-winning meat pies and Tiddly Oggies as they were when they started, and with over 200 years of combined experience, you’d expect nothing less.

If you are interested in enquiring about an opportunity to be your own boss and own a Ferguson Plarre Bakehouse, click here to enquire today! 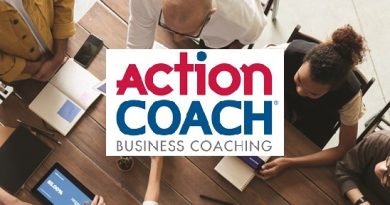 Podcast: EP#256 The ActionCOACH Firm Partner Opportunity is great for anyone looking for a change with limitless potential (ft. Paul Henshall Partner Selection Manager for ActionCOACH) 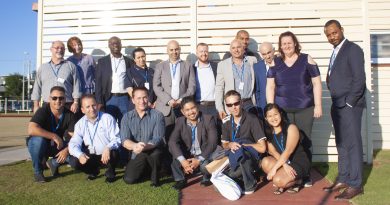 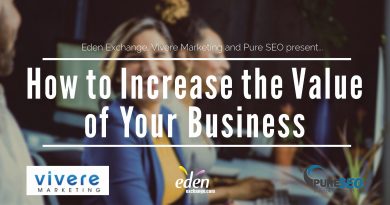 Eden Exchange, Vivere Marketing and Pure SEO present: How to Increase the Value of Your Business