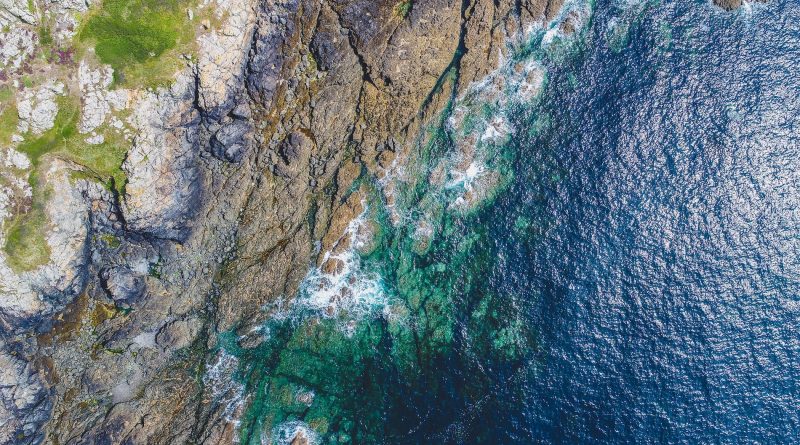 We spoke to Dr Graeme Barnett, CEO and Managing Director of Qponics, an agricultural company operating in the food and beverage sector producing Omega-3 essential oils from algae production.

EdenExchange: Thanks for speaking with us Graeme. Firstly, can you tell us a bit about the spark that ignited Qponics?

Graeme Barnett: Qponics evolved through several iterations. It began focused on aquaponics, the combination of fish farming with horticulture, where the fish tank effluent fertilized the growth of vegetables and fruit. Commercial-scale aquaponics requires large capital and operating expenditures, but profit margins are low selling produce to supermarkets. Applying my biotechnology experience, we decided to farm algae for high-value products in place of horticulture. Later we removed the need for fish to become a pure-play algaeculture company.

EdenExchange: What brought you to a leadership position at Qponics?

Graeme Barnett: My leadership credentials are a combination of scientific training and experience and executive roles in biotechnology. I have experience in a relevant discipline, namely microbiology and I speak the language of scientists in the Company. I have held senior leadership positions in medical science and biotechnology for the past 28 years, managing scientific and non-scientific staff. For the last 18 years I have been Vice President in an ASX-listed biotechnology company and CEO of two companies that I co-founded.

Graeme Barnett: EPA and docosahexaenoic acid (DHA) are both omega-3 fatty acids essential for good health. Algae are the ultimate source of EPA and DHA as humans and all animals including fish get their EPA and DHA only by eating algae directly or eating other animals that eat algae. The EPA and DHA omega-3s present in algae, fish, krill, molluscs etc, are functionally equivalent, with only relatively minor biochemical differences. The processes of extracting and purifying the natural omega-3s can make additional changes to the biochemical structure, but they remain functionally equivalent.

Global fisheries are in decline and production of omega-3 oil from fish and krill cannot possibly supply the demand for these natural products which is doubling every 3-4 years. The only solution into the future is EPA and DHA omega-3 produced from sustainable algae farming.

The demand for algal EPA omega-3 oil is much greater than supply and this is likely to continue for several years.

EdenExchange: What are the health benefits of taking supplement omega-3?

Graeme Barnett: Inflammatory processes are a significant cause of many common diseases. The key benefit of a diet rich in EPA and DHA omega-3 fatty acids is the reduction of cellular inflammation, and therefore a reduction in the risk of developing many diseases. These omega-3 fatty acids are ‘essential’ in the diet for the maintenance of good health in humans and animals. Most people around the world are omega-3 deficient and therefore are more susceptible to inflammation-induced diseases.

Supplementation with EPA and/or DHA omega-3 is increasingly associated with the following benefits arising from reversing dietary EPA/DHA deficiency:

A generality is often made that DHA consumption benefits the brain and EPA benefits the heart. However, recent research is showing the beneficial effects to be much more complex. The brain is composed almost exclusively of fatty acids, most of which is DHA with little EPA present. However, recent research suggests that cellular inflammation in the brain is controlled by maintaining high levels of EPA in the blood, and diseases such as depression, ADHD, brain trauma, and other brain conditions, may more effectively be prevented or moderated by EPA than by DHA in these conditions.

The rapidly growing global acceptance of the health benefits of EPA and DHA omega-3s can be ascribed to the accumulation of scientific evidence pointing to these health benefits, which has fuelled the increasing demand for omega-3 oils and functional foods that contain them.

EdenExchange: Where do you expect to see the greatest demand for the products to be from? How has the market response been like to date? In which markets do you see the most potential growth and reach?

Graeme Barnett: The largest markets for algal EPA omega-3 oil are currently North America and Europe. The Asia/Pacific region is growing more rapidly and the burgeoning middle-class population in China will ensure that this region will soon be the largest consumer of algal omega-3 products. The Global Organization for EPA and DHA Omega-3s (GOED) predicts that China alone will contribute an additional US$20 billion in demand for EPA and DHA omega-3 products in the years ahead.

Over the past five years, Qponics has received 2-3 enquiries a month from companies wanting to purchase algal EPA omega-3.

EdenExchange: Can you tell us a bit more about the area you’re working in for the algae farming? Why are certain areas better than others in Australia? Are you looking at international farming as well?

Graeme Barnett: In countries with cold winters, algae are commonly cultivated in closed photobioreactors protected within a building such as a glasshouse supplemented by LED lighting and heating in the winter, but the capital and operational expenses of these farm systems are very high.

Qponics farms algae using outdoor raceway ponds on the central eastern coast of Australia, a process with relatively low capital and operational expenses. We call this region of Australia a “Goldilocks Zone” for this algae farming process for three prime reasons:

Qponics plans to build its commercial-sized algae farm in the Ballina region of northern New South Wales, a region with plentiful affordable flat land close to a clean tidal river. Therefore, the Company has no reason to consider establishing additional algae farm facilities on overseas sites.

EdenExchange: What are the next steps in the development for the company?

Graeme Barnett: Qponics is presently upgrading the pilot algae farm on University of Queensland land at Pinjarra Hills, Brisbane. The upgrade includes a new 65m x 12m pond that will triple productivity at this site, as it has twice the area of the combined existing three ponds; new water storage tanks; a Dutch-made ultrafiltration system; a large algae centrifuge; a 20kW solar system including battery storage; a 15m x 7m, shed to house the processing equipment and the solar power system; plumbing and electricals; and related earthworks.  Total costs of the upgrade will exceed AU$1 million and is expected to be functional during March 2019.

The Company plans to commence building a new commercial-scale algae farm in the Ballina region of northern New South Wales later in 2019. Each production pond is anticipated to be 250m x 16m and over the following 18 months at least 27 ponds are to be constructed and operational.

EdenExchange: You has an experienced management team and board in place. What strengths do they bring to the Company? What opportunities does this create?

Qponics’ non-executive director is Mr Geoff Wilson who brings 50 years knowledge of and experience in the food and agriculture industry including algae.  During the 1980s he was agribusiness columnist for “The Age” newspaper in Melbourne and was also editor of a number of agribusiness publications. Prior to this he was a publicity officer for the Australian Wool Board and was public relations manager for the Australian Dairy Board, and its subsidiary, Asia Dairy Industries (Hong Kong) Ltd.

Professor Peer Schenk heads the Algae biotechnology Group at the University of Queensland, is a co-founder of Qponics and together with his team of scientists, provides essential algae science and biotechnology expertise to the Company.

Engineering expertise is provided by Mr Don Jones, an experienced civil engineer operating as Engineering Manager to the Company.

This combination of skills provides Qponics with the high level of competence required to design, build and operate a large-scale algae farm.

EdenExchange: Can you tell us a bit more about some key achievements and challenges the Company has encountered so far? Do you see any potential future challenges?

The key challenge for the Company was reviewing the many different types of technologies that can be utilized in algae farming. For example, more than 65 different photobioreactor systems were closely examined over a 5-year period and all were found to be too expensive or insufficiently proven for commercial application. In 2016, the Company received the first productivity data from Professor Peer Schenk’s pilot algae farm for growing Nannochloropsis algae for EPA omega-3, after which Qponics immediately switched its focus to outdoor raceway pond farming.

EdenExchange: Where do you see Qponics in three months as well as a year from now? What does the expansion plan look like and what do you need in order to scale significantly?

Graeme Barnett: In three months the upgraded pilot algae farm will be operating, producing much larger pre-commercial quantities of Nannochloropsis algae and the extracted EPA-rich oil. A year from now the Company plans to have at least the first three 250m x 16m commercial production ponds operating in the Ballina region, producing large-scale quantities of algae and EPA-rich oil. 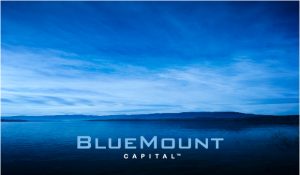 DISCLAIMER: Eden Exchange Pty Ltd and BlueMount Capital (QLD) Pty Ltd have taken all reasonable care in publishing the information contained in this Director Briefing. It is information given in a summary form and does not purport to be complete. The information contained is not intended to be used as the basis for making any investment decision and you are solely responsible for any use you choose to make of the information. We strongly advise that you seek independent professional advice before making any investment decisions. Eden Exchange Pty Ltd and BlueMount Capital (QLD) Pty Ltd are not responsible for any consequences of the use you make of the information, including any loss or damage you or a third party might suffer as a result of that use. 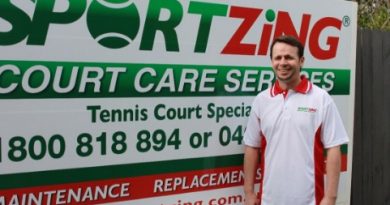 What is it like starting as a new franchisee?

August 30, 2017 Eden Exchange Comments Off on What is it like starting as a new franchisee? 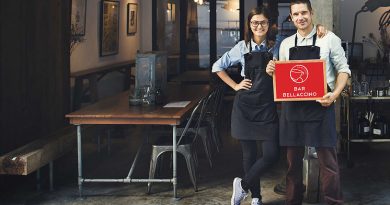 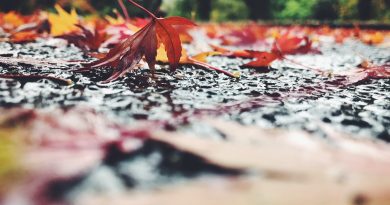